“William Thibodeau brings The Watchman – as well as the traveler, the lonely lover, the solitary wine drinker, the overworked carpenter, the reincarnated ancestor, the little tree-climbing boy, the sparrow stunned by the cat, the injured soldier returning from war, the atheist and the shaman … all to the same big cosmic bar. His poems reverberate the story and the holy of each voice as these patrons of life take turns sharing their tales. I recommend pulling up a stool, to sit and sup with these poems.

Cheryl B. Perreault
Host and Co-producer of Wake Up and Smell the Poetry, HCAM-TV 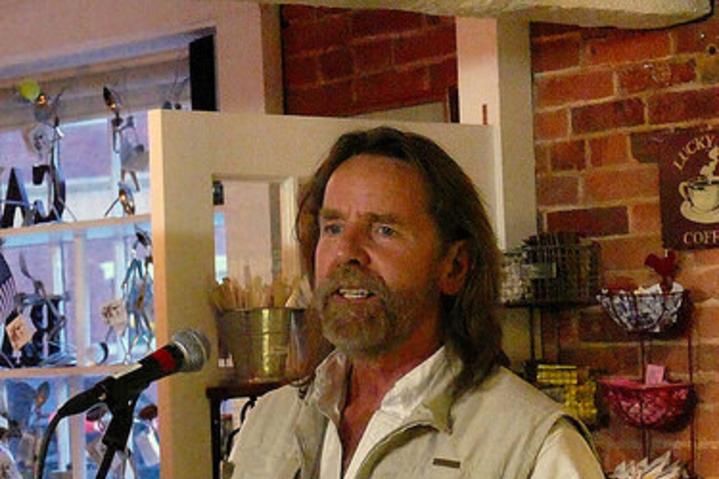 "Lyrical poetry finds its origin in the deep inner silence of sensitivity where the poet, like countless numbers of fellow humans, is deeply touched by all those truly inexpressible feelings and emotions concerning the mystery of life and love, of beauty and of pain, of desire and doubt, of tears and exaltation.
The poet's medium of expression is words; in the same way as color is to the artist and notes to the composer. He realizes nonetheless that “it's only words” as sings the song: words too often cannot truly say: so he weaves them into images and symbols making the intangible and invisible inner sensations into sensuous representations. A poem is not simply a chaotic rambling of words. It is composed. It has a form. Rather than attempting to elaborate on the idea, suffice it to say that the very word “poetry”, taken from its Greek origin “poesis” means “to make”. In a way the poet “makes” a poem as a carpenter makes a table or chair. A poem has a form and entity of its own. Poetry is a gift, and William has been given the gift."

“With a skillful use of common language and metaphor, Bill Thibodeau writes poems of the everyday, solitude and the workplace in an honest and original voice. His poems require a slow, careful reading, and are well worth it.”

"What a good read, The Fore River. What an important work! Thank you so much.  The photography, the illustrations and especially the poetry. The personal focus on such a difficult and far-reaching historical wipe-out of hale men and their livelihoods! Very sad, this tale told so beautifully. The noble cranes, the steady paycheck, the "good ol' days" that you describe here in the beginning; it was very moving and informative. "

"The winds and tides shall never bring

The horizon any nearer to me;

They serve to pound my memory

With those who've come and drifted through me."

"William Thibodeau is a carpenter. In his own words, it is a life lived “with aching arms and callused hands”. This seemingly ordinary life of manual labor has born extraordinary poetic expression from a man who has learned from the craftsmanship of masters past  – masters of wood and word. Yet Thibodeau is one for whom the tools of poetry ring honest and true in his own voice – a voice that is at its very best in his latest collection, “The Watchman”. In his poem “I Fear I am Becoming What I Do”, Thibodeau expresses the fear many experience when work takes over one’s life to the exclusion of all else that makes us human and gives us joy. Certainly others will agree that William Thibodeau need not fear this fate as “The Watchman” is proof enough that he is much more than a carpenter. "